why saffron is good for health? 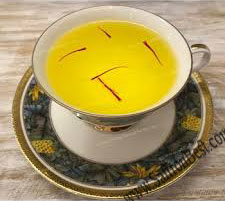 why saffron is good for health?

The most prominent effect of Persian Saffron on the basis of various researches around the world, including the Mashhad University of Medical Sciences, is controlling Cancer. With all the scientific and technological advances in medical science, no definitive treatment has been found for this disease. Saffron, as a natural and organic, without damaging the human body, inhibits and controls cancer cells. Considering the wide range of medicinal and edible uses of Organic Saffron, a scientist named Nair found the anti-cancer effect of Organic Saffron, and later many other scholars, including Abdul Wahi and Tarantilly and Scyrbano, confirmed this result.

In recent years, a lot of research has been done. This anti-cancer effect of Saffron has caused all researchers in different countries such as the United States, England, Japan, Germany, Mexico, Azerbaijan, India, Spain, Greece, Iran and other countries to pursue their own research on this topic. In a study conducted in Spain.

Pure Saffron corm was used to control human cancer cells and the results showed that corm Pure Saffron tissue could prevent the growth of cancer cells. Persian Saffron has had an anticancer effect in various cellular models and on a range of tumors including leukemia, ovarian and breast carcinoma, colon adenocarcinoma, rhabdomyosarcoma, papilloma, and cell carcinoma. While Organic Saffron has a selective effect with low dose micro molar on malignant cells, including human cancer cell, it usually does not have an influence on the ability of healthy living cells.

Saffron has been proven to inhibit the formation of colon formation in tumor cells, but has no effect on the proliferation and differentiation of healthy cells. Also, prescription of oral and positional therapy of Saffron extract in the living creature reduced the incidence of artificial cancer, inhibited the growth of the tumor and prolonged the life of the animals in the laboratory,

further research results suggest that placing the cancerous cells on the surface of the extract Saffron inhibits the synthesis of nucleic acid in the cell, with Saffron consumption, the reduction of proteins that are the primary sign of cancer is clearly observed and the onset of the progression of the disease is much slower.

Research results in Italy suggest that Organic Saffron has anti-cancer effects and acts as an anti-tumor drug and anti-free-radical formation. Based on medical research, it has been proven that antioxidants in Saffron have anti-cancer properties. According to the results of this study, the use of Saffron seems to prevent the occurrence of carcinogenic gene sequences and has a significant effect on the repair of damaged DNA molecules. The results of a university research in Morocco have shown that Saffron as a medicinal herb has anti carcinogens effect. Based on numerous articles presented at the international conference of Saffron, the third-millennium herbal medicine, by Iranian scientists such as Amir Chaghmaqi and Mozafari, it was mentioned that Saffron has anti-cancer effects on a range of tumors such as leukemia, colon adenocarcinoma, squamous cell carcinoma and soft tissue sarcomas. According to the scientific and research achievements in Mashhad University of Medical Sciences, the scientists reported that Organic Saffron, used as spice or drug in medicine, has anti-cancer effects.

IRAN Saffron increases plasma oxygen levels and has anti-cancer properties. In a study conducted in Spain, the inhibition effects of Saffron cells on liver cancer have been shown to be effective in controlling cancer cells. Another study found that Saffron, by improving the process of apoptosis, preventing from the proliferation of cells and its anti-inflammatory effect, could significantly inhibit the onset of liver cancer or its progress in mice. Liver cell cancer or HCC is the 5th most common cancer in the world and the third most common cause of death in cancer patients.

Some diseases such as Hepatitis B, C, and Fatty Liver Disease or exposing to peripheral carcinogens such as DEN, iron oxide, and alcohol use can be the source of this fatal cancer. Research on the experimental mice shows that Saffron extract can clearly play an important role of a strong chemical protector against these agents.

According to a study conducted at the University of the United Arab Emirates, Saffron, which has already been proven its antioxidant properties, can protect the liver from the progression of cancer and carcinogens such as Diethylnitrosamineor DEN in tobacco, cosmetics, and gasoline and Processed foods. The Saffron is also effective in the treatment of ocular diseases, since Saffron contains many antioxidant properties, is recommended by herbal medicine specialists to treat visual impairment.

Specification of the pure Iranian Saffron:

Regards to this fact that Saffron is most prized and valuable spice, some vendors decide to gain more profit by providing fraud and UN pure Saffron to the customers which may cause harmful consequences for consumers ,so in this condition distinguish pureness of this precious flower is hard.

We have collected methods to identify pure Iranian Saffron:

2-Pure Iranian Saffron would have the yellow color in a boil water, so you may boil a cup of water and then add Saffron in it, if find another color except yellow you are using the fake one

3-Aroma of the pure Iranian Saffron is likely to mixture of honey and hay .smell of the Saffron is another distinct way of identifying pure Saffron

4-Pure Saffron is not fatty, so you may simply put some thread of it between two pieces of paper and then press it, if any fat left on the paper the Saffron is not pure.

Referring to the various level of compound in Saffron formulation, the most important factors are as the following which relate to the safranal (Aroma and fragrance factor), crocin (Color factor) Pyrocrin (flavor factor). These factors would be measured by the laboratory devices. The main focusing points of the traders and buyers is the crosin that is the main factor of color strength.

Stigmas are the most important part of the Saffron flower which known as the red gold. Flowering periods of Saffron depends on the climate condition as well, The flower which blooms for two weeks around early November are performing as a protester for stigmas. After picking the flowers, farmers start the extracting and plucking the stigmas from the flower and dried them for sales in the market.

Be sure to visit our store site : Eyjann online shop